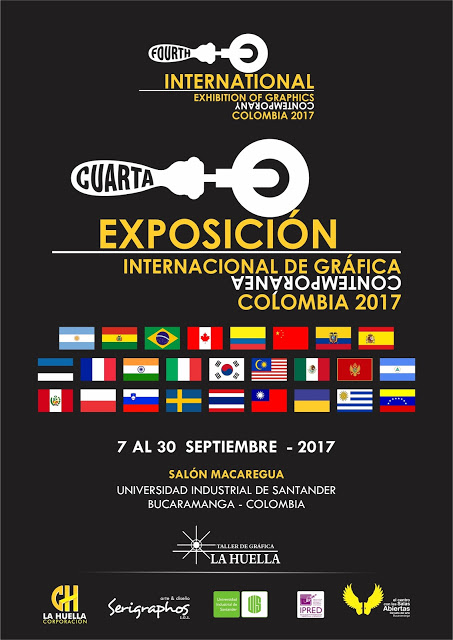 The IV INTERNATIONAL EXHIBITION OF CONTEMPORARY GRAPHICS COLOMBIA 2017, is the result of wanting to highlight the magnificence of the CONTEMPORARY ENGRAVING selecting the best artists in different countries, who makes today of engraving their reason for being.

The first version: ICAROS & ARLEQUINES, it counted with the attendance of 40 artists with the exhibition of 98 works, in the second version: EXPOEROTIKA 2013, we had 54 participants and in 2016 we celebrated the III EXHIBITION OF CONTEMPORARY LATIN AMERICAN GRAPHICS where was highlighted the work of 60 participants.

This time, in its fourth version it is established a specific north, making the exhibition something consecrated and we hope to reach as many countries as possible.

TOGETHER WE ARE MORE!! 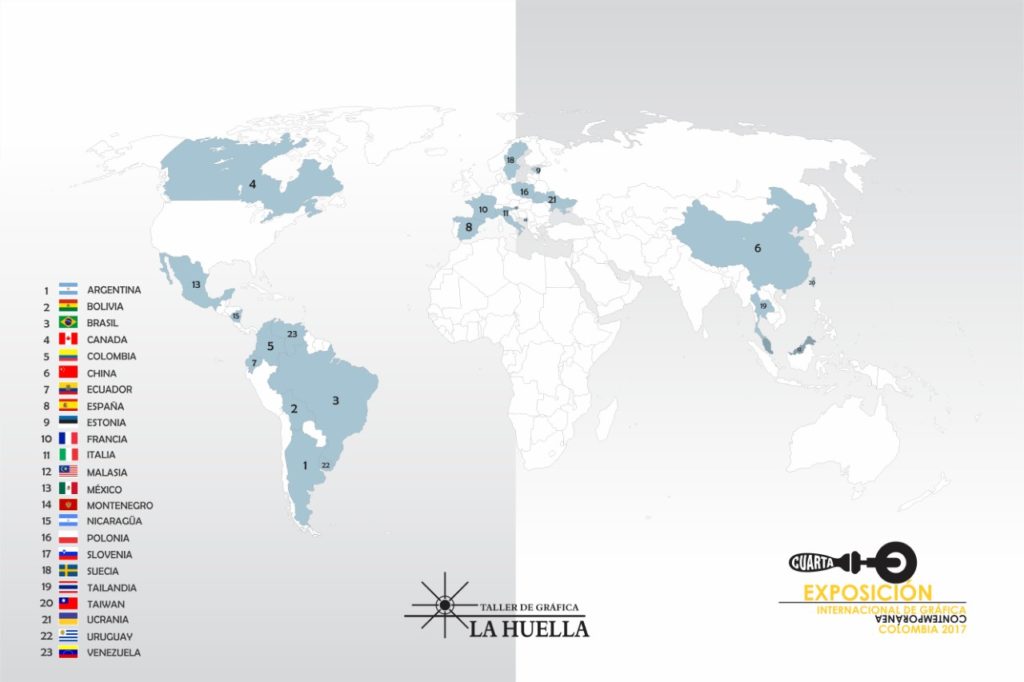 ABOUT THAT: ‘La Huella’ Graphical Workshop, is a Colombian Graphic Project whose objective is the gathering and diffusion with the traditional graphic engraving techniques: Chalcography, Serigraphy, Xylography and Lithography.

Furthermore, La Huella pursues to raise awareness of the importance of drawing for the development of any artistic process, and thanks to it, it serves as the main axis as current plastic elements in order to establish any artistic proposal. There are also several local, national and international events, such as workshops, courses, conferences and competitions.

You can visit the website www.tallerlahuella.com, and find different aspects mentioned above and the development of some strategies that we are carrying out to achieve our goal: “The rescue of traditional graphic techniques”.  This is how we’ve been strengthening the curriculum of our participants as we are taking part of multiple calls at local, national and international level, reaching countries such as Macedonia, Belgium, Bulgaria, United Kingdom, Thailand, Russia, France, United States, Spain, Portugal, Italy, Mexico, Cuba, Chile, Argentina, Brazil, Paraguay, Venezuela, Germany, China, among others, where the graph is very important.