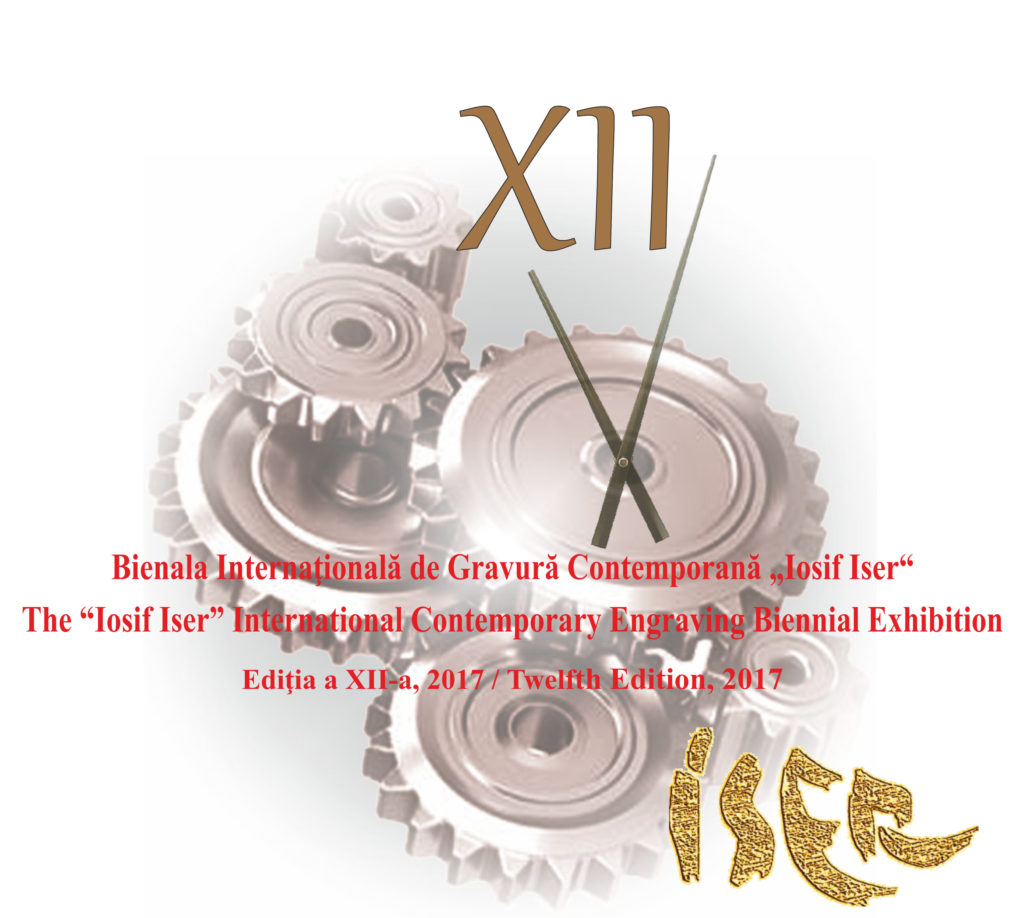 As it has been already written unequivocally in the calendar of the great artistic events in Romania, the “Ion Ionescu-Quintus” Prahova County Art Museum in Ploiesti is organizing and hosting the twelfth edition of the The “Iosif Iser” International Contemporary Print Biennial. This major exhibition event, as large as life in its comprehensive outline, but also always fresh, and not only once startling, in its concrete and immediate manifestation, manages to shift, for a while, the focus of interest of an important segment in the international artistic phenomenon to Ploiesti If during its previous editions, especially the initial ones, novelty could be identified particularly in the geography of its attendants, now, in full maturity, such surprises are virtually inexistent, all civilizationbearing realms having been encompassed. It is extremely difficult to identify a country or a significant place on the globe that has failed to reach Ploiesti at least once, in some way. Under such circumstances, the new elements standing out in the succession of editions should be searched for in the significant details, the participants’ changes of attitude and behaviour and, obviously, in the very substance of the works themselves. Such observations acknowledge the idea that this edition’s coordinates do not differ fundamentally from those we have already become accustomed with on the previous occasions. An irrefutable argument offering a wide perspective on this edition is its very statistics, presented below: Number of works registered: 319 Number of participants: 199 Number of attending countries: 40, of which: Romania – 31 participants. The avalanche of Asian participations in previous editions is now reduced to Japan and Thailand, while countries such as Korea, China, and Hong Kong are totally absent. In exchange, Latin American ones, though reduced to Argentina, Venezuela, Peru, Mexico and Brazil, participate with no less than seventytwo artists. Participation from the ex-Soviet and Balkan areas (Russia, Ukraine, Latvia, Lithuania, Moldova, Serbia, Bosnia and Herzegovina, Croatia, Montenegro, Bulgaria, Greece, and Macedonia) is as large as ever, while the interest of artists in the USA, Canada and Israel is maintained at a level that ensures sensible visibility, through the number and quality of the works. Like in previous editions, the suggestions that the onlooker can absorb from the exhibition are extremely interesting from a psychological and social-cultural viewpoint: Western artists are more cautious and less motivated as regards their wish for assertion and the need for communication; they exploit offers with equal interest, without fluctuations and with an obvious, though inferred conviction that everything is stable and always available, while the artist in the ex-Communist area, the Asian, particularly Japanese one, and the Latin American one have a greater need for communication and an increased wish for assertion. However, this event is not outstanding simply owing to the number of participants and the amount of works, although these aspects do not lack in importance either. It is the profound message of the hundreds of works and the geographical area they come from which makes it remarkable. Both at first sight and upon thorough analysis, the Ploiesti Biennial is simultaneously a course in artistic geography and a subtle study on the imaginary and on symbolic behaviour in a cultural area comprising virtually all the large areas of the world. All genres of print, from those performed through mechanical action to those obtained through chemical attacks prove a few things that are worth mentioning and, some of them, even given more profound thought. As a matter of fact, one should remark, as an aspect of a socio-political nature, not only of an artistic and cultural one, the fact that those artists with a strong local impress, with a more easily identifiable iconography and chromatics are those belonging to both politically as well as culturally and religiously sensitive areas, like in the previous editions. As for the rest, identity rhetoric disappears, without the deep identity of the artist or of the culture they belong to being anyhow distorted. It is actually replaced by subtle stylistic and temperamental elements. Thus, though there is nothing Polish, Lithuanian, Portuguese, Italian or Swedish at an explicitly rhetoric level, the artists in these areas are still easily recognizable owing to a certain type of planning the shape, of unmediated technical accomplishment and to a freedom of attitude. Romanian artists are obviously part of the same trend. A remarkable aspect that the latest editions have brought along and that the twelfth confirms is the even more obvious return to the technical means related to the profound print tradition, even though the visions and messages are strictly contemporary. This happens to the disadvantage of multiplying techniques that have been made possible by the new technologies, which bestow upon the notion of print its fully-fledged significance in the historical workshop. In this way, not only do today’s print artists and implicitly those illustrating the twelfth edition of The “Iosif Iser” International Contemporary Print Biennial participate with prints in a major event, but they even manage to create a genuine universe of printing. And this is precisely what speaks volumes, at the end of the day!